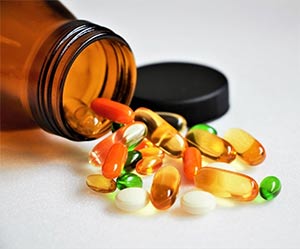 On the 9th February the Falsified Medicines Directive was implemented in the whole of the European Union. GRTU is at the forefront in implementing this directive and was instrumental in founding MAMVO, the Maltese Medicines Verification Organisation. In less than 7 months, significant investments were made in order to assist pharmacies and wholesale dealers implement software and systems enabling them to comply with this directive.

So how does it work ? How does the Falsified Medicines Directive tackle this threat? The EU passed legislation in 2011 – known as the Falsified Medicines Directive (Directive 2011/62/EU) – to prevent falsified medicines infiltrating the legal supply chain and ultimately from reaching European patients. Measures to tackle the threat include: A requirement for medicine packs to carry special safety features in the form of an anti-tamper device (e.g. foil seal, breakable cap) and a barcode containing ‘unique identifiers’ (including a serial number) to enable the authenticity of the pack to be checked prior to dispensing. A common, EU-wide logo to identify legal online medicines suppliers, making it easier to distinguish them from illegal operators. This is essential for peace of mind and patient safety.

GRTU is there to assist its members, Pharmacy owners and Wholesalers, in every way it can. It has done so in many ways, the FMD being just one of them.

GRTU organised no less than 15 well attended meetings in Malta and Gozo in order to help members gear up and comply with the directive. In a comment’ GRTU’s head of the Pharmacy division, Mr Mario Debono, thanked all pharmacy owners and their staff and especially his hard working committee members, Dr Claire Shoemake and Mr JoJo Grima, for their work and assistance in this very major project. The work continues.